American Dentists Association (ADA) presented in it’s national congress a study where a new toothpaste that contains theobromine (a natural extract of cocoa) that proved to be more effective against cavities highlighted that toothpaste with fluoride.
And indeed, the results were very satisfactory: it was repaired and determine dentifrice dentin, which is the main material of which are made the teeth beneath the enamel.

When this matter, the dentin is exposed directly to air or food, we felt that sharp pain as distinctive and annoying. Those poor people who went through that period where dentists did not use anesthesia to heal cavities still have the memory of that awkward moment when the drill attacked dentin and for a few seconds, was strongly embrace the chair as if your partner. 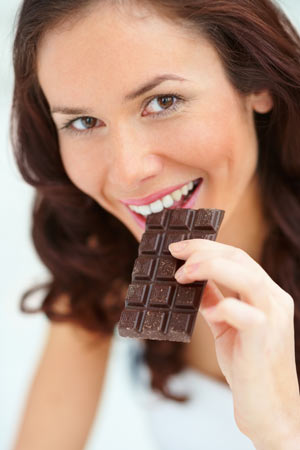 Previous studies had already confirmed the theory that theobromine that fluoride works best when repairing damaged enamel, as well as to tighten and strengthen the enamel against acids that attack and cause the dreaded cavities.
But the benefits do not end there chocolate: chocolate thins is good for the heart, reduces inflammation and has an antidepressant effect. All this is thanks once element called flavanol.
The purer the chocolate eaten (much better than black pudding), the better your property, although it is considered that from 60% cocoa is already ideal. White, however, it should avoid and which is composed of surplus fat.

Fluoride and teeth of children